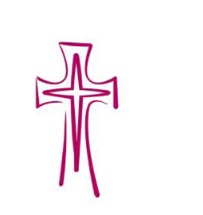 LYNCH, RSM, SISTER FRANCES (formerly Sister Mary Frederick), 95, a Sister of Mercy for 77 years, died on Monday, July 18, 2022 at Mount St. Rita Health Centre. She was the daughter of the late Francis P. and Hazel L. (Long) Lynch and sister of the late Joseph, John, Fred, and Paul. She is survived by numerous nieces and nephews.

During her long and active life, Sister Fran, as she was known to her friends, began her ministry in the field of education.  She taught on several levels, ranging from grade 2 to high school.  As her administrative ability became apparent, Fran’s talent was utilized as principal of Mercymount Country Day School, followed by service as coordinator of religious education in Taunton, MA, followed by an administrative position in the congregation of the Sisters of Mercy.  Sister Fran was also a founding member of the first group of Sisters of Mercy who ministered in the hill country of Appalachia.

Sister found time to pursue her thirst for social justice throughout her religious life.  Fran spoke out against nuclear armament, the plight of coal miners, and other injustices. She could be seen at times joining a protest demonstration, never a violent one, and always for a needy or suffering group.

Lest Fran be seen as too serious, it should be noted that she enjoyed parties and celebrations well into her “senior” years.

A Mass of Christian Burial will be celebrated at 10:30 a.m. on Monday, July 25, 2022 at St. John Vianney Church, 3587 Diamond Hill Road, Cumberland. Visitation will begin at 9:30 a.m. followed by a Mercy Prayer Service at 10:15 a.m.  Interment will be at Resurrection Cemetery.  In lieu of flowers, donations in Sister’s memory to the Sisters of Mercy, www.sistersofmercy.org/donate, or McAuley Ministries in Providence donorservices@mcauleyri.org or 401-941-9013 ext. 308 would be appreciated.  Information and condolences, please visit: www.galloglyfuneralhome.com

To send flowers to the family or plant a tree in memory of Sister Frances Lynch, RSM, please visit our floral store.