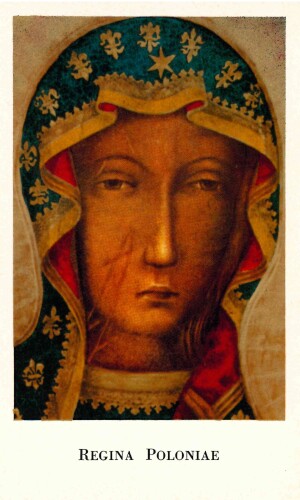 Born in Kalety, Poland, son of the late Stanislaw and Weronika (Urzynicok) Kachel, he attended elementary school in Kalety and high school in Tarnowskie Gory and university in Krakow.

In preparation for the priesthood, he studied in the Metropolitan Seminary in Warszawa, Poland.  He was ordained a priest by Cardinal Stefan Wyszynski in Czestochowa, Poland on June 29, 1957 as a member of the Saint Paul First Hermit Order.

For nine years, Father Kachel served in various parishes and ministries in Poland before he was transferred in 1976 to do pastoral work at the Shrine of Our Lady of Czestochowa in Doylestown, Pennsylvania.

In 1979, Father came to Rhode Island and was appointed chaplain at the Newport Hospital with residence at Saint Joseph Rectory in Newport.  Father Kachel was incardinated into the Diocese of Providence in June 1986.  In August 1986, he was appointed the pastor of Our Lady of Czestochowa Parish, Coventry, and served there until 1989, when he was named chaplain of Saint Joseph Health Services of Rhode Island.  Father served both Saint Joseph Hospital, Providence, and Our Lady of Fatima Hospital, North Providence, until his retirement from the active ministry in 2009.

During his retirement, Father Kachel lived at the St. John Vianney Residence, Providence, and he resided there at the time of his death.

Visitation will be on Friday, September 10, 2021 from 9:00-9:45 a.m. in St. Adalbert Church, 866 Atwells Avenue, Providence.  A Concelebrated Mass of Christian Burial for the repose of Father’s soul will be offered on Friday, September 10th, at 10:00 a.m. at St. Adalbert Church.  Interment will be in Saint Ann Cemetery, Cranston.  Arrangements with JAMES J. GALLOGLY & SONS, Funeral Directors.

To send flowers to the family or plant a tree in memory of Rev. Leon P. Kachel, please visit our floral store.