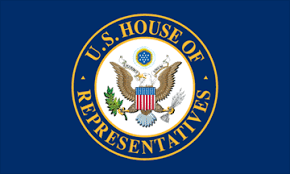 “Eddie” attended the Assumption Catholic elementary school in Providence and Hope high school in Providence. He served in the Rhode Island National Guard, completed high school as well as a college-level course in agriculture. He was a life-long devout Catholic. He was also an avid boxer and competed at a semi-pro level. Eddie could be found at the YMCA hitting the heavy bag when he wasn't jogging. He became interested in politics when, by chance, as a child he met Congressman John E. Fogarty. In the early 1960's he obtained a job as a house painter at the Rhode Island School of Design. While employed there he began his campaigning for State Representative. Eddie would be recognized for his iconic paint brush held in the breast pocket of his suit, a symbol of his blue-collar roots, as well as the holes in his dress shoes from walking door to door to hundreds of his soon-to-be constituents. He began his political career as a member of the Rhode Island House of Representatives serving from 1972 to 1974. Elected as a democrat to the Ninety-Fourth Congress, he was reelected to the Ninety-Fifth and Ninety-sixth Congresses. Eddie Beard served in the U. S. House of Representatives from January 3, 1975, to January 3, 1981, and was Chairman of the Labor Standards Committee and a member on several the House committees including; House Ways and Means, Elderly Affairs, Labor Standards, Education and Labor, Armed Forces, Foreign Affairs and Veterans' Affairs.

Eddie Beard is remembered for his relentless work on behalf of the blue-collar workers of America and the founder of the “Blue-Collar Caucus.” He was well known for his diligence on cracking down on abuse and neglect at nursing homes and institutions of mental health. He was the elderly and aged champion and gained national media attention for his legislation on “Unannounced Inspections.” He proposed several pieces of legislation that supported veterans' benefits throughout his career as a Congressman. He served as director of elderly affairs for the City of Providence, Rhode Island, from 1986 to 2002

He is survived by his son Edward P. Beard Jr, of PA, his daughter Diane Louise Brennan of RI, grandchildren; Destini, Dustin and Michael, his brother John Beard and a niece and nephew.

He is preceded in death by his father Thomas J. Beard and mother Anne “Fitzpatrick” Beard and siblings Anne and Thomas Jr.

Due to COVID restrictions, services will be private for family only.  A Celebration of his life for the citizens of RI who he served will be announced in the future once restrictions are lifted.

In lieu of flowers, the family has requested that remembrances be made in the form of contributions to either of these organizations: Assumption of the Blessed Virgin Mary Parish, 791 Potters Ave., Providence, RI 02907 and or www.k9sforwarriors.org

To send flowers to the family or plant a tree in memory of Congressman Edward P. Beard, please visit our floral store.