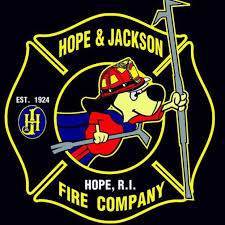 He was the beloved husband of Elizabeth A. (Harding) Smith, they had been married for sixty-seven years.  Born in Providence, a son of the late Clarence L. and Mable (McCoid) Smith.  He had been a resident of Hope since 1957.

Clinton was a truck driver with Georgia-Pacific at their Warwick and Mansfield, MA facilities for twenty-five years until retiring.  He previously drove for Bald Hill Dodge, Ann & Hope, International Harvester and Park Avenue Cement.  He served with the U.S. Navy for four years being discharged during the Korean War. Clinton was one of the original members in 1956 to start Pilgrim Lutheran Church where he served on many committees.  Clinton was a former constable for the Town of Scituate, a former firefighter with Hope-Jackson Fire Company and loved playing a round of golf.

To send flowers to the family or plant a tree in memory of Clinton L. Smith, please visit our floral store.